Walking Tour in the Center of Moscow

from 28 €
Moscow | 3 hours
1 Travelers rating
A visit made only for you, your family and friends 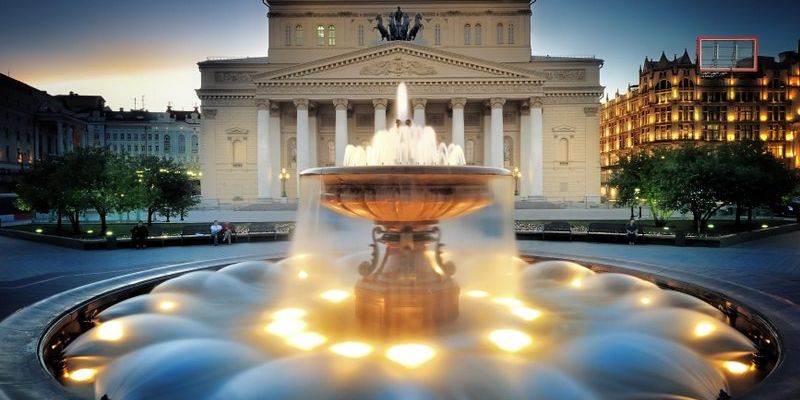 More pictures
Description
What could be better than discovering Moscow on foot? With your guide, take the time to explore the city center and its most famous neighborhoods. Learn more about Moscow and its wonders, from Red Square, to Kitai Gorod, or by walking through Teatralnaya Square.

Moscow is definitely an extended city, but one can not know or appreciate its architectural richness unless visiting its city center on foot. With your guide, you will learn more about some of the most well-known sites in Moscow, like Lenin’s Tomb, St. Basil the Blessed Cathedral, Red Square, the Alexander Gardens, or even Teatralnaya Square. But above all, you will find places off the beaten track such as St. Barbara Street, or the Romanov Palace, and listen to stories about the People's Militia, or the red stars of the Kremlin.

On Red Square, you will see the famous St. Basil the Blessed Cathedral. Your guide will recite anecdotes about the statue of Minin and Pozharsky, the Church of the Virgin of Kazan, and the clock on the main Tower of the Kremlin. Continuing on your path, you will arrive at the Moscow Manege, Kilometer Zero, and the Hotel Moscow with its double facade. After a stop at the Church of the Holy Theophany that was built in the baroque style, you will continue on your way to the Revolution Square by a parallel street, where a statue of Karl Marx is located, and Teatralnaya Square, where you will most notably find the Bolshoi Theatre location.

A tour rich in discoveries, the Red Square, Kitai Gorod, Teatralnaya Square or Revolution Square, Nikolskaya Street and its monasteries and educational centers, as well as the interior of the Cathedral of St. Basil the Blessed, will no longer be mysteries for you.

To see the meeting point with your guide on a map, click on this what3words link: ///slab.pretty.plots

Includes
You will see

1 Travelers rating
Adja Simat
Very pleasant tour to discover the main attractions of Moscow. Thank you to Maria, our adorable guide.
+ 0 in other languages
FAQ
1Is my payment secure?
In order to make your payment easier and faster, we implemented a secured online payment system. Your banking details are coded in order to protect you from frauds.
2Is there a booking fee?
You do not have any additional booking fee. The indicated price is the paid price.
3In which currency is the payment processed?
The payment is done in euros. You will be debited according to your bank’s currency rate. Prices in other currencies are indicative prices based on the daily rate of the European Central Bank.
4How and until when can I modify or cancel my booking?
The client can modify or cancel his booking only by contacting Tsar Visit at the email address client@tsarvisit.com in English, French or Russian.

If the cancellation occurs less than one week (7 days) before the tour, the tour will not be refunded if entrance tickets are included. If the tour does not include entrance tickets, it can be refunded if the cancellation request is made up to 3 days (72 hours) before the tour. The amount refunded will correspond to the amount paid by the client, minus 2% of this amount, corresponding to the payment fees on www.tsarvisit.com.

Tsar Visit keeps the right to cancel or modify certain tours or excursions without prior notice if the comfort and/or safety of travelers requires it, in case of force majeure, strikes, demonstrations, administrative decisions, weather conditions or exceptional closures. If the client wishes to cancel the tour due to a modification of the tour by Tsar Visit (due to the above-mentioned points), the refund of the tour will be full and the payment fees (2%) will also be refunded.
Tsar Visit cannot be held responsible for changes made to the reservation in the event of force majeure and other aggravating circumstances that may arise in the tourism industry and which are not attributable to Tsar Visit, in particular in the following cases: cancellation, delay or postponement of a flight by the airlines, changes in the deadlines for obtaining a visa from the Embassy, or refusal by the Embassy to issue a visa. Nevertheless, our team will try its best to find an alternative arrangement, depending on the availability of suitable guides and the available tour times of the sites you wish to visit.
5When will I be reimbursed?
You will be refunded within 7 working days at last, following the acceptation of your cancellation.
6For how long my items are saved in my cart?
A selected visit added to your cart will be saved for your for 60 minutes.
Contact us
client@tsarvisit.com